The Writer as the Reader: Meditations of Two-Face

The Writer as the Reader: Meditations of Two-Face
Sachin Ketkar

One of the deadliest enemies of Batman is Two-Face. Harvey Dent, a District Attorney and a close friend of Batman, became Two Face after half of his face was disfigured and he became criminally insane plotting crimes around the number two, such as robbing Gotham Second National Bank at 2:00 on February 2 and so on. But then Batman is himself double faced, living a double life as Bruce Wayne, billionaire, playboy and philanthropist  in the daylight and Batman in the night. The Reader too is the Writer's double, his alter-ego,an accomplice and a collaborator in his crimes, his other, his lover and his enemy. As every serious writer knows that the activities of reading and writing are not mutually exclusive and separate activities and that the division between the writer as a producer of discourses and the reader as a the consumer is not merely superficial but commercial as well. When I write I also read and when I read I also produce the text. Neighter can I write without learning how to read, nor can I learn to read if nothing is writen  and the question of which is primary  becomes the hen and the egg question. When the writer recognizes and identifize his image in his Mirror Stage, it is seen ‘in the place of the Other', outside of the self. The writer imagines himself as the Writer, separate, autonomous and self sufficient , precisely at the moment when he realizes that his identity is dependent  on the other, that is, when he reads the marks he is inscribing on the page or on the monitor. The reader is the writer's unconscious- the Other within. The writing,  itself becomes the discourse of the Other.

The disapperance of the Writer, his death, is a myth, and most probably a Christian myth. The writer who disappears at the time when writing writes itself is merely reborn as the Reader. When the Reader reads she allows the writer's consciousness to pervade her soul, she allows the Other to intrude her self- that is she translates.  Translation, like reading, is acknowledging the presence of the Other as the Other: the other language, other culture, other text, other writer, and so it is more ethical than many other practices.

Translation is both reading and writing and a critique of the division of the distinction between reading and writing.  Effacing this illusionary distinction, it reveals that there can be no writing which is not based on reading and there is no reading that is not dependent on writing. Translation reveals that text even if it carries the signature of the writer- the father,  also bears the signature of the reader-the mother. It reveals that both reading and writing are founded on there respective other. It shows that the either category of a binarism is dependent on its opposite. The Derridian philosophy reveals that the position a text overtly claims to take is a translation of the position it opposes and the more polemical a text is , the more literally it translates its counter position. These are the things that responsible for the othering and the marginalization of translation. 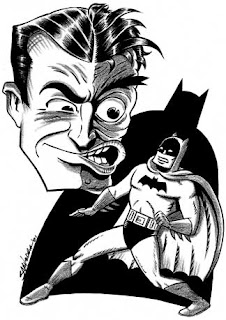 Translation is both reading and writing , reading as writing and writing as reading. It practices the diffrence which veers towards sameness; it practices the opposites , yoked together, in a mythical schizoid economy. Etymologically, the term Yoga is derived from the Sanskrit ‘yug- joining, a mythopoetic yoking together of the dualities, the Self and Other, the human consciousness and the cosmic consciousness, the male and the female principles, the yin and yang, the Purush and Prakriti, the day and the night, the good and the evil, the krushna (black) and the shukla (white), and  knowledge (vidya) and ignorance (avidya). But then translation is also bhoga, the  apparent opposite of the Yoga. But the term bhoga is etymologically derived from bhuja which means to relish, enjoy, eat and the word bhakti too is derived from the same root. Bhakti means to enjoy, relish, eat and be one with the Other and like the Yoga is an attempt to efface the dualities. But you cannot efface the dualities  without recognizing their difference and the distinction. But why is there disticntion and difference in the first place? Narsinh Mehta has his own ideas:
Only to taste the nectar of being manifold,
You created the jiva and the siva and countless other forms!
In this entire universe, you alone exist, Shri Hari,
Yet, in infinite forms you seem to be! 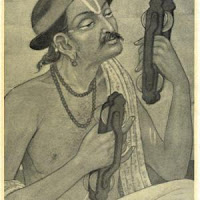 Call it whatever you like advaita, schizophrenia, madness, poetry , samadhi, orgasm, bhakti or  translation,  it really makes no difference.  Therefore, when I ask myself who am I ? The writer or the reader? I can only reply: I am a translator, I am Two-Face, yogi, bhogi, bhakta, schizophrenic, and Batman. Translate me as you will.